Abraham Lincoln in 1860: "Just Now, The Skies Look Bright. What Clouds May Hereafter Rise, We Know Not."

The four-way presidential election of 1860 was, in terms of its consequences, the most complicated, and momentous, in American history. Before the electorate stood Stephen A. Douglas, for the Northern Democrats; John C. Breckinridge, for the Southern Democrats; John Bell, for the Constitutional Unionists, a new party of old Southern Whigs and old Northern Know-Nothings; and Abraham Lincoln, for the six-year-old Republicans. Schism, coalition, and nascence proudly strutted across the national stage – though as the Republicans surged, the others fell prey to internecine warfare. How this looked to Lincoln in the summer of 1860, is the story told here...

Appearing, as custom then demanded of presidential candidates, well above the fray, Lincoln spent the summer after his 1860 nomination in Springfield - posing for portraits, writing letters, greeting visitors and managing, even, to practice a little law. He made no speeches and, with the exception of a rally at which he appeared to say he would not speak, attended no meetings. Yet he watched the campaign closely, monitoring its progress day by day. In early July, things began to look hopeful, and Lincoln was heartened, if cautious. “Just now, the skies look bright,” he wrote here to political operative Phillips, “What clouds may hereafter rise, we know not.”  The sentiment would prove prophetic: the storm of war, swift and irreversible, was gathering even as he wrote and soon enough, would rain death and destruction on an scale unprecedented, unimaginable and almost, unendurable.

The skies would not look bright again for another five long years – when, on the dark drizzly day of Lincoln’s Second Inauguration, the sun suddenly burst through the clouds and flooded the scene with brilliant light as Lincoln stood to speak. “With malice toward none, with charity for all,” he began. 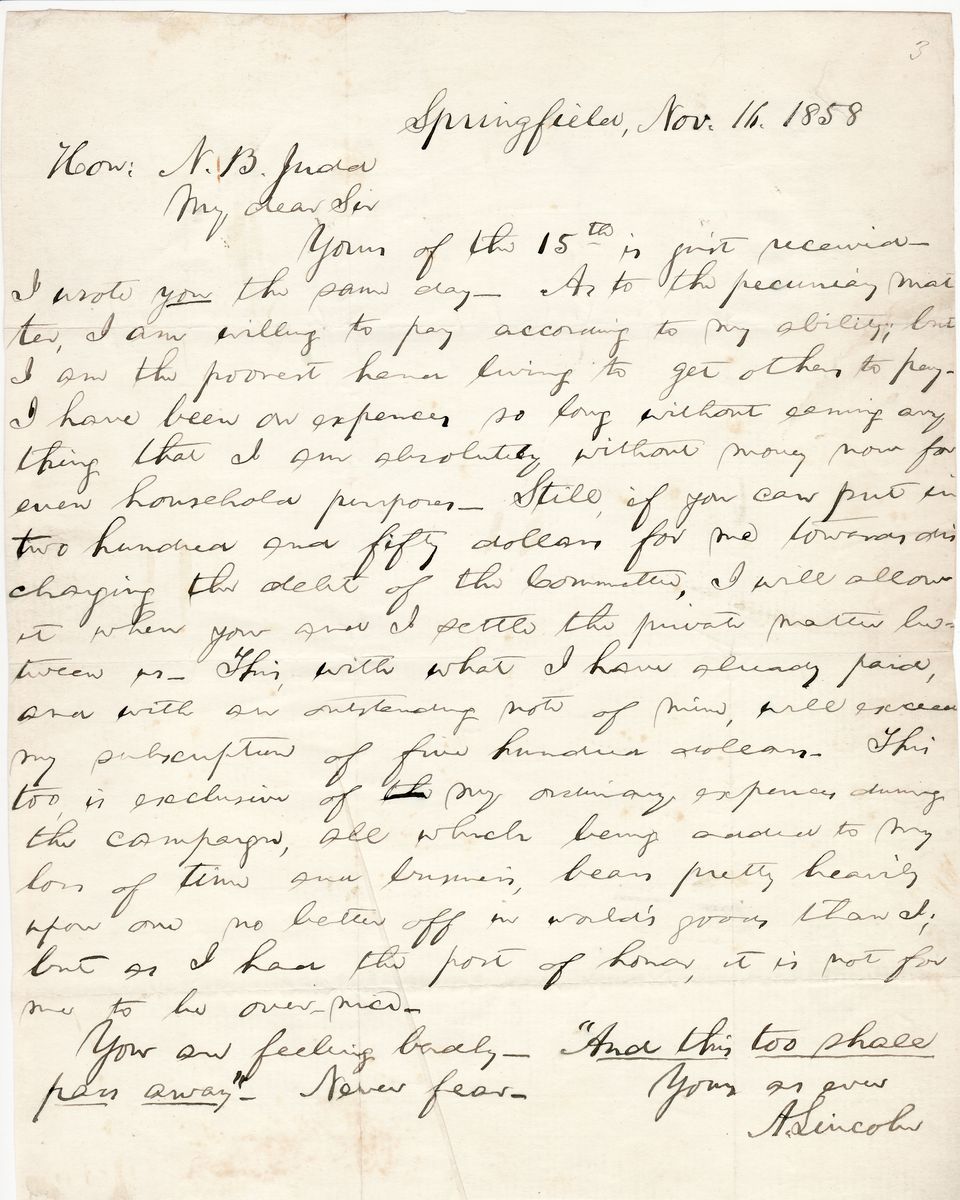 Abraham Lincoln Comforts His Campaign Manager After Losing the Senate Race: "And This Too Shall Pass" 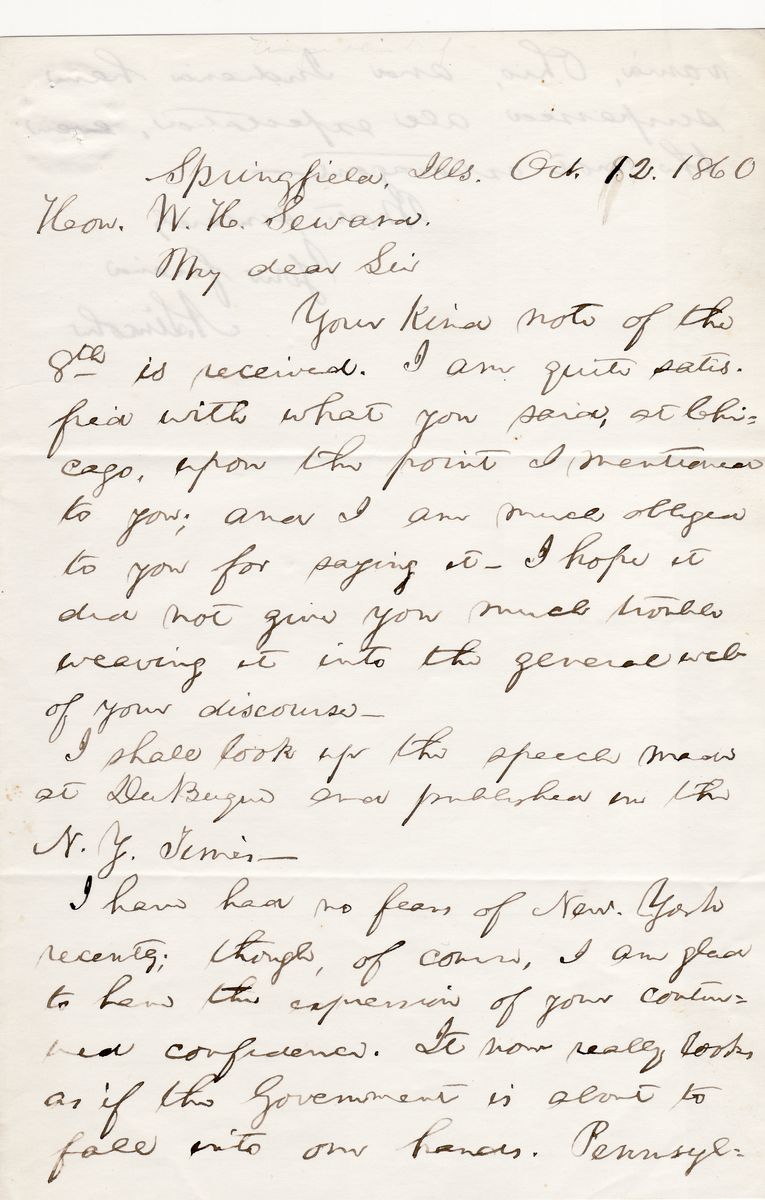 Abraham Lincoln: "The Government is About to Fall Into Our Hands" With Malice Toward None: The Abraham Lincoln Bicentennial

Yours of the 27th was received yesterday - Herewith is a general letter of introduction, such, I hope, as meets your view -

Just now, the skies look bright - What clouds may hereafter rise, we know not -

Yours as ever
A. Lincoln 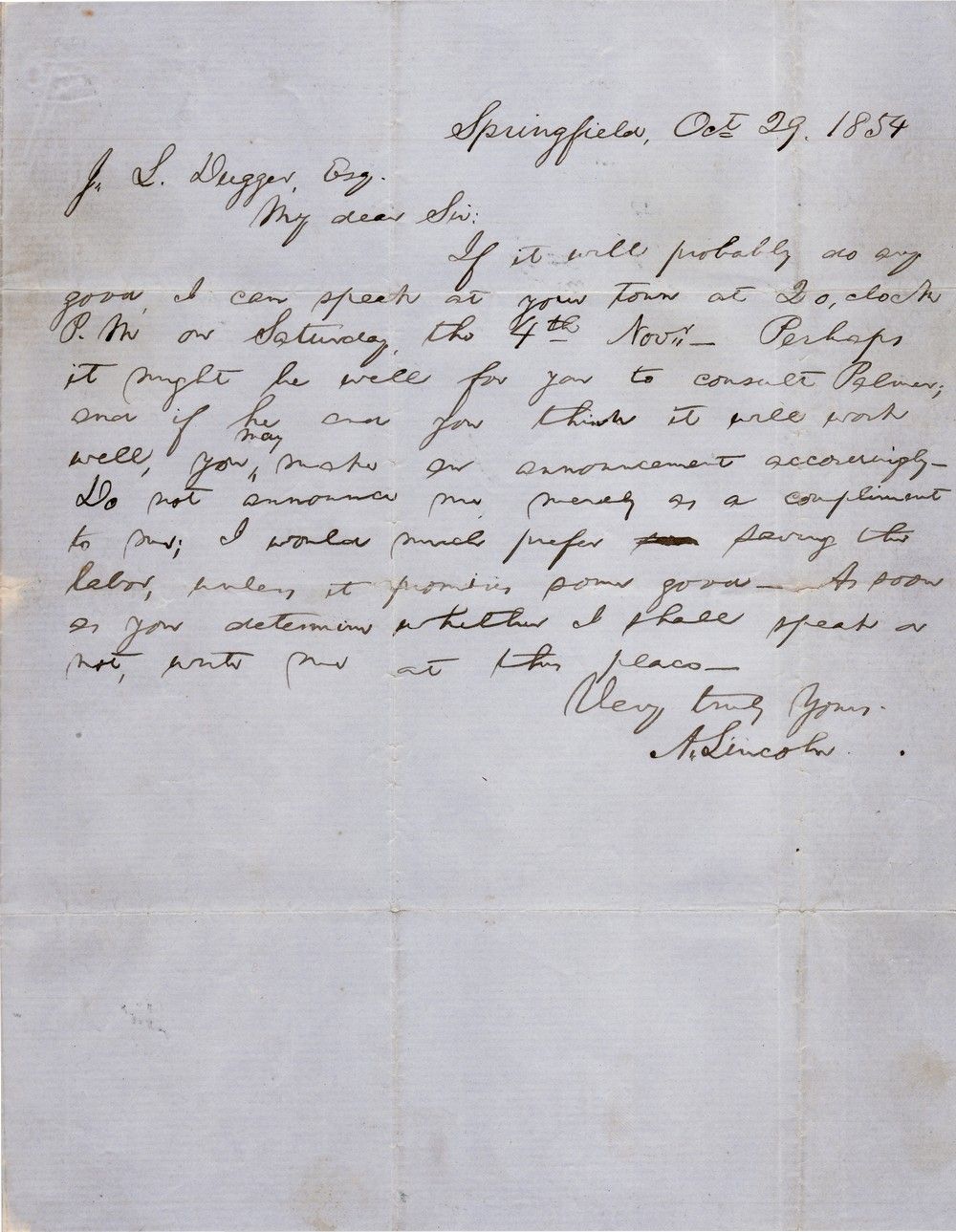 Abraham Lincoln: He'll Speak Where it will do Good - Not as a Compliment to Himself 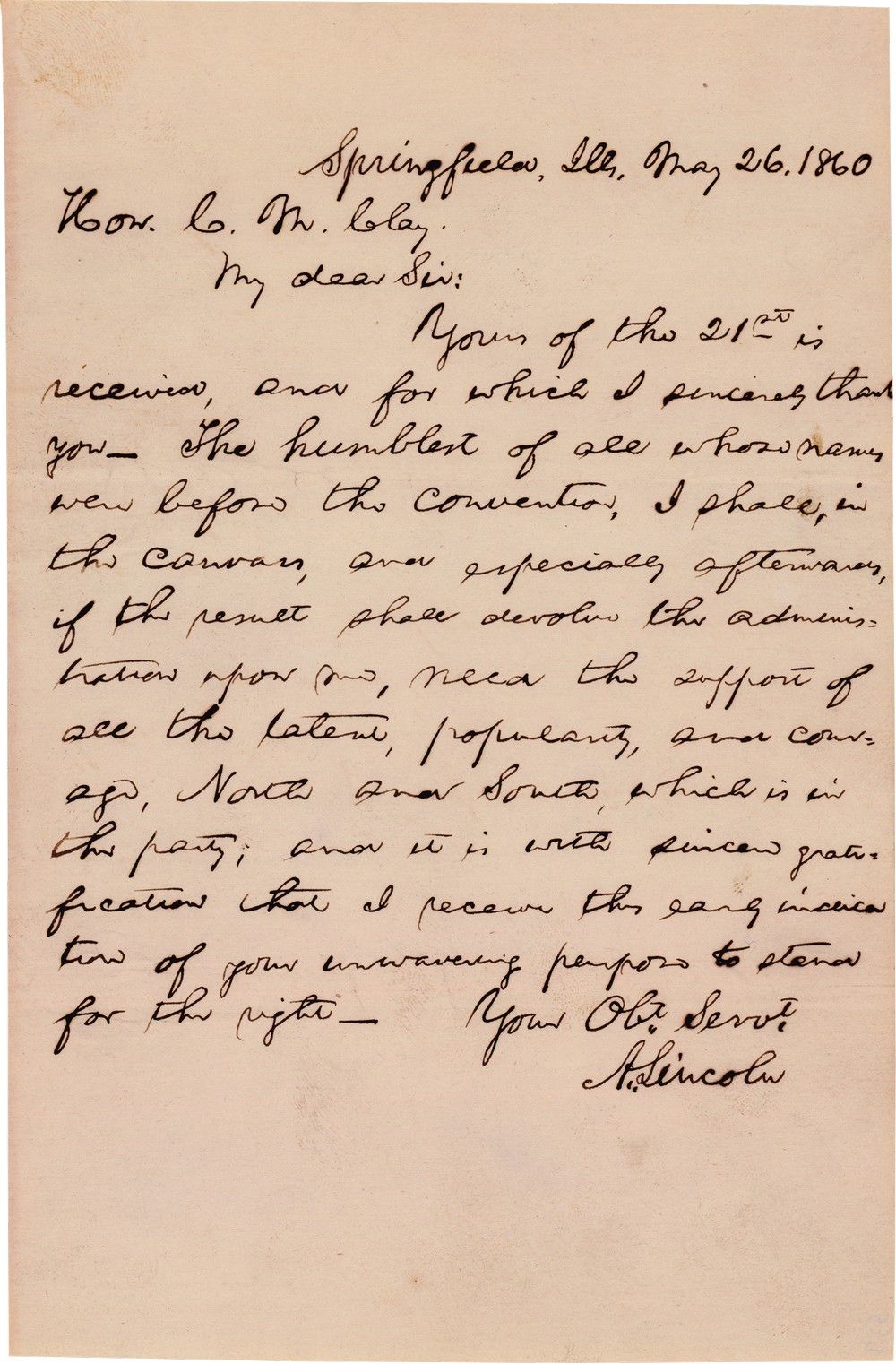 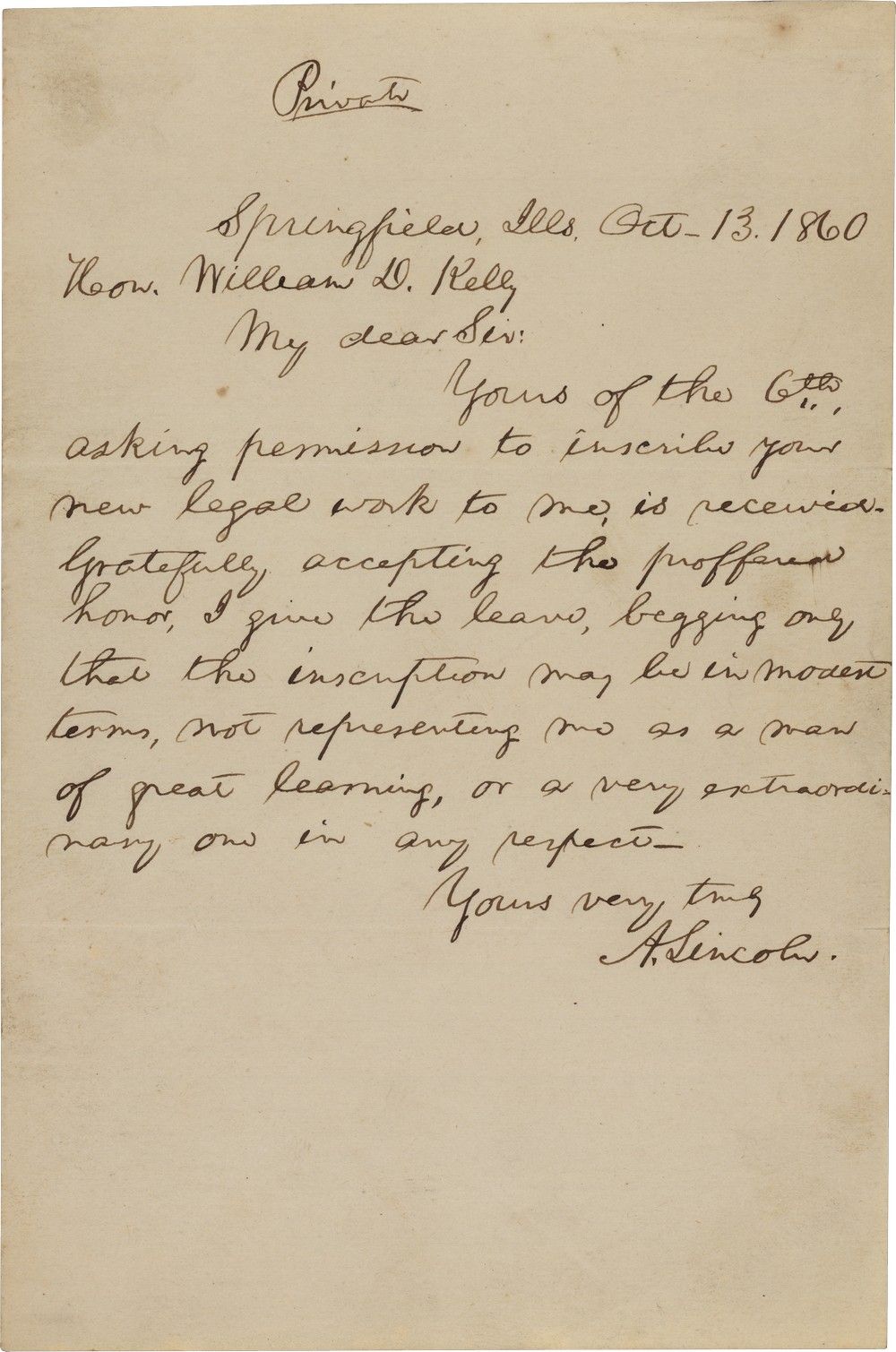 Abraham Lincoln Declares He is Not a "Man of Great Learning, or a Very Extraordinary one in Any Respect" 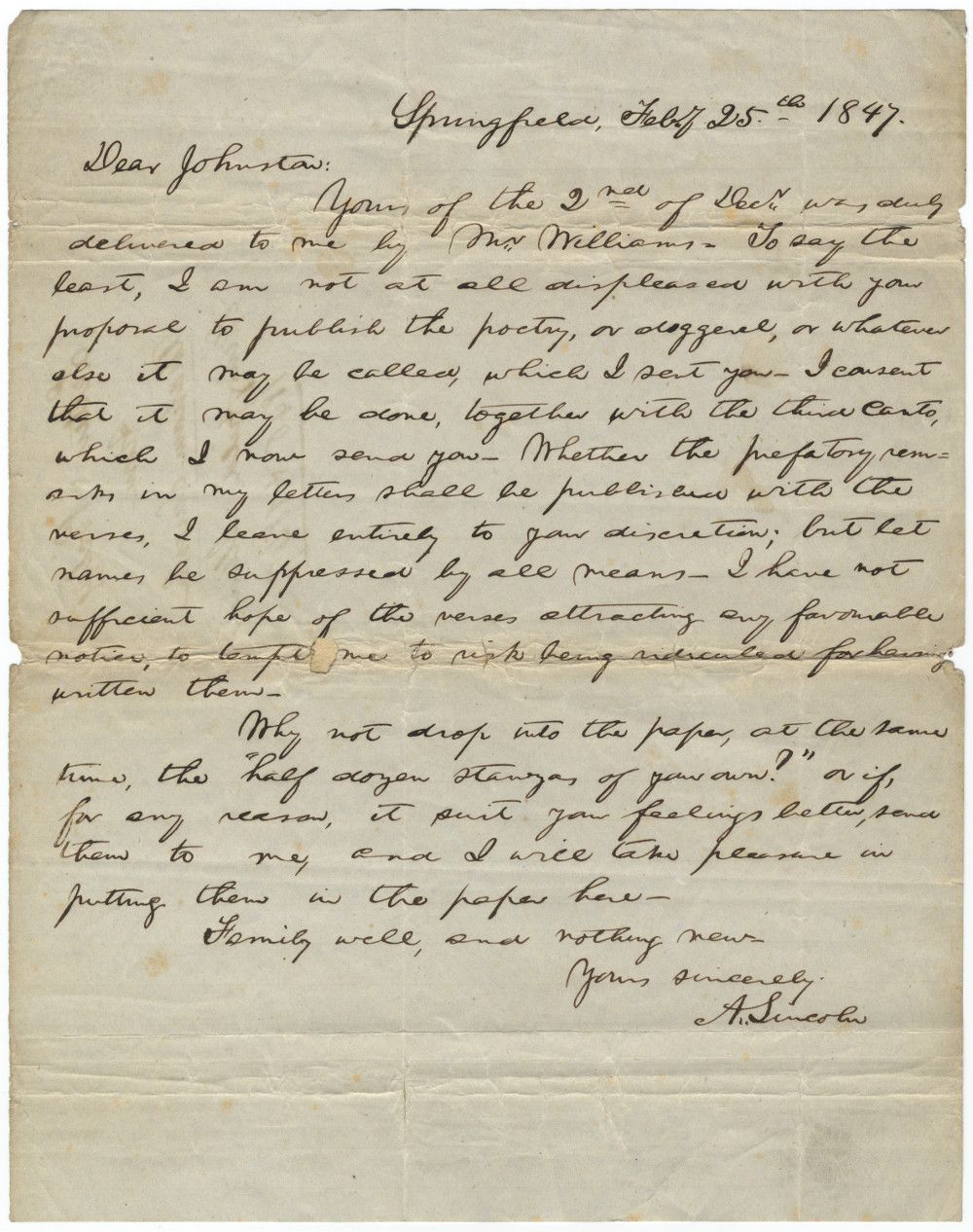