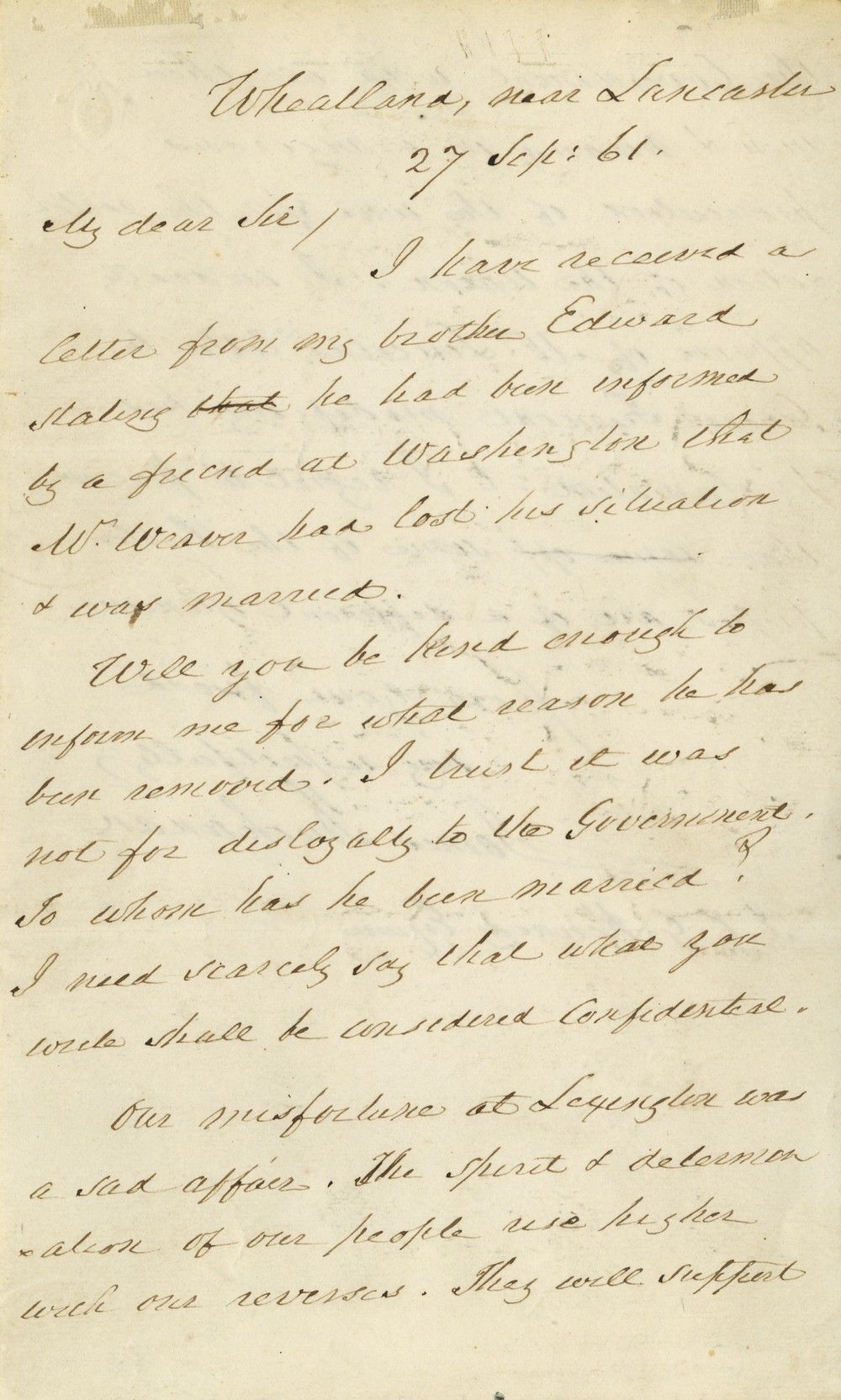 Buchanan approves of “Mr. Lincoln's letter to General Fremont modifying his proclamation” and takes heart that “the spirit & determination of our people rise higher with our reverses.” Missouri, then, is on Buchanan’s mind: just a month before, Fremont had ordered the emancipation of all slaves in Missouri and, just a week before, the North had suffered a painful defeat at Lexington, Missouri. Lincoln, who was still trying to keep the border slave states in the Union, ordered a defiant Fremont to rescind his emancipation proclamation on September 11th – and so made the Pathfinder the most recent Abolitionist martyr. All of this tumult taking place in the opening months of the War, Buchanan is sanguine that the North “will support the Government with all their men & means in a vigorous prosecution of the war for the restoration of the Union.”
Autograph Letter Signed, 2 pages, recto and verso, octavo, Wheatland, near Lancaster [Pennsylvania], September 27, 1861. To Joseph Camp Griffith Kennedy.
Read More

I have received a letter from my brother Edward stating [text is crossed out] he had been informed by a friend at Washington that Mr. Weaver had lost his situation and & was married.

Will you be kind enough to inform me for what reason he has been removed. I trust it was not for disloyalty to the Government. To whom has he been married? I need scarcely say that what you write shall be considered confidential.

Our misfortune at Lexington was a sad affair. The spirit & determination of our people rise higher with our reverses. They will support 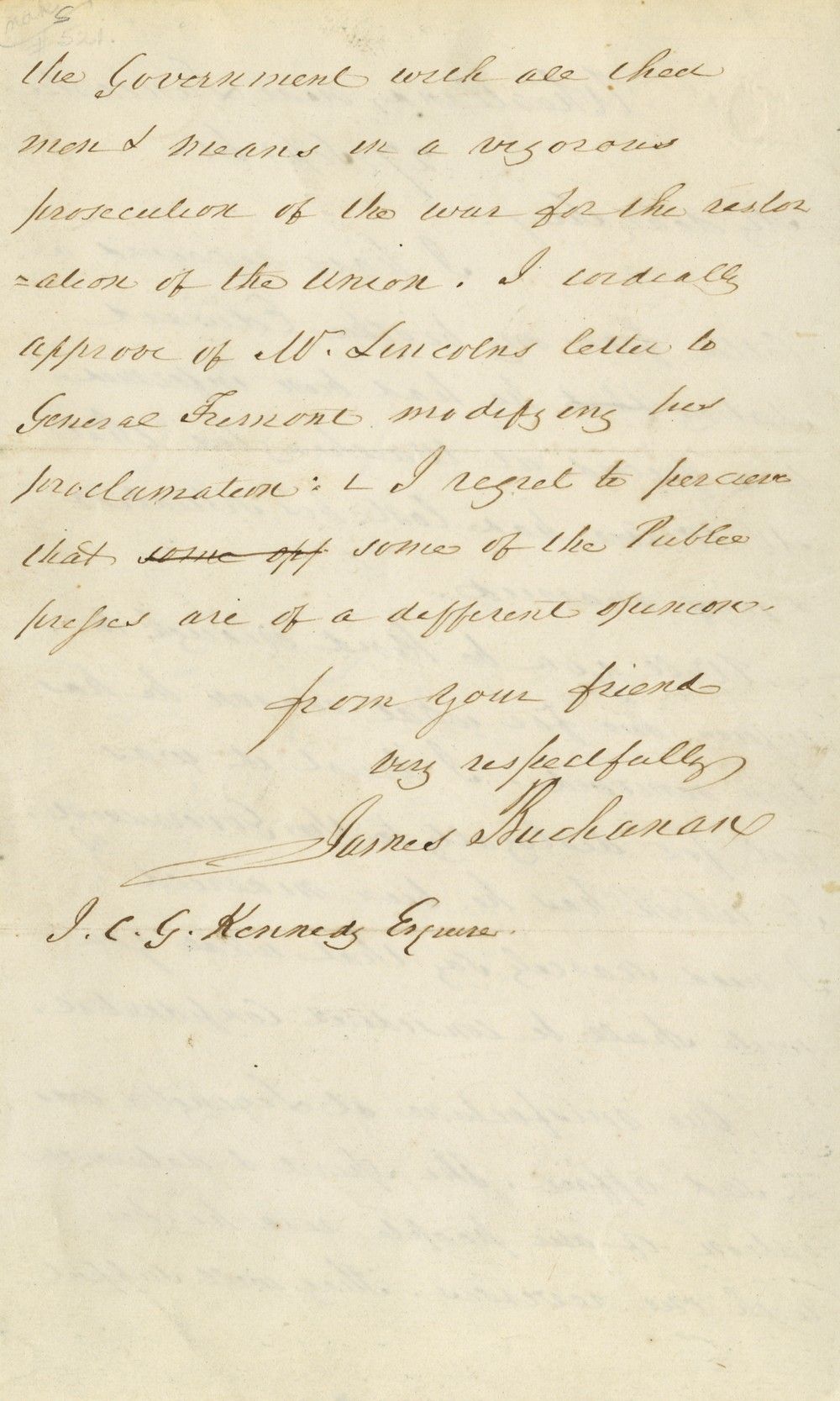 the Government with all their men & means in a vigorous prosecution of the war for the restoration of the Union. I cordially approve of Mr. Lincolns [sic] letter to General Fremont modifying his proclamation: & I regret to perceive that [text is crossed out] some of the Public [...] are of a different opinion.

Benjamin Mordecai, Jewish Benefactor of Confederate Cause Honored by the Famed Palmetto Riflemen

Jewish Confederates: Letter Regarding Benjamin Mordecai's Support of a Commission for Jacob Valentine