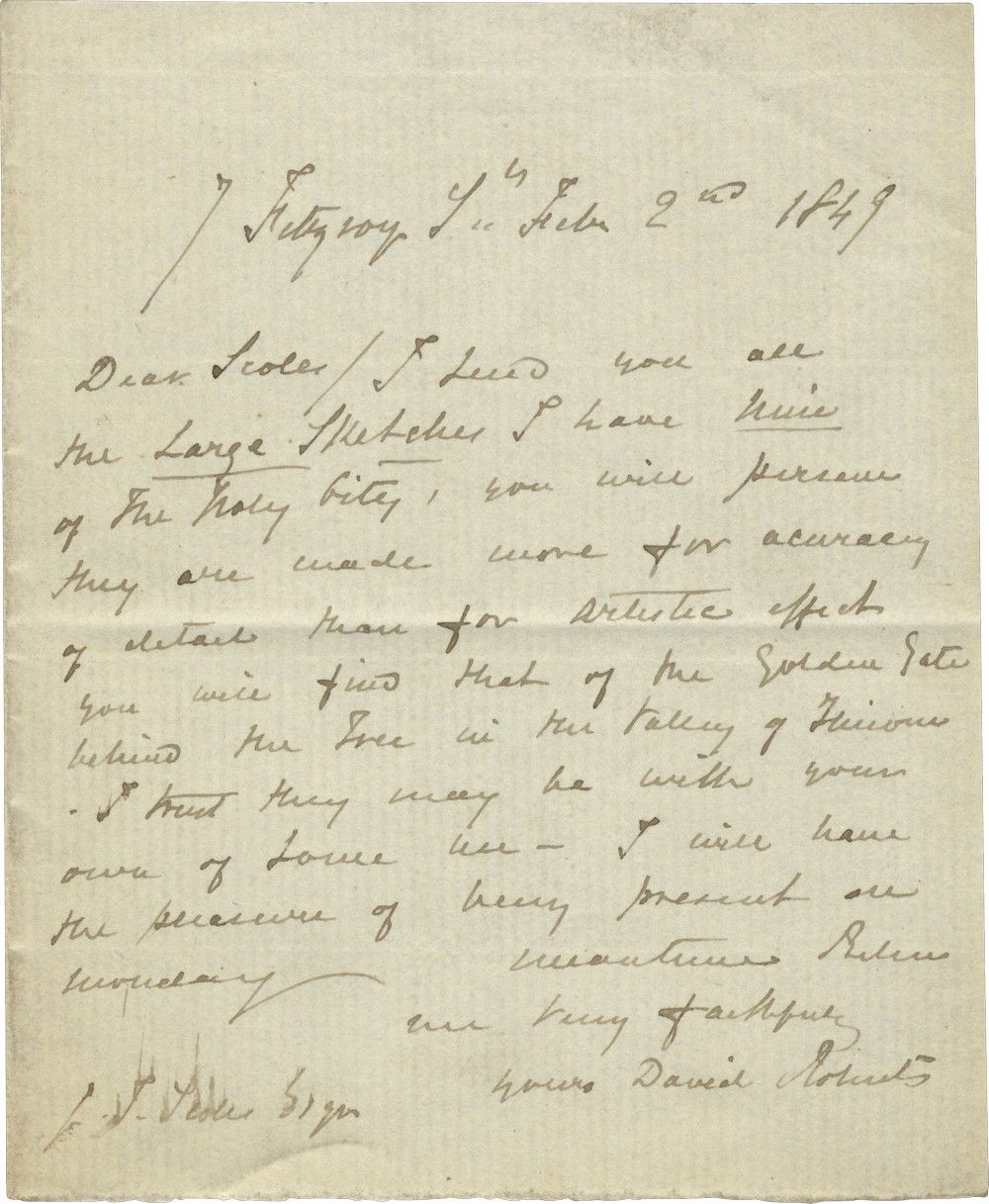 Perhaps the most interesting thing about the Monday, February 5th 1849 meeting of the Royal Institute of British Architects in London is that when the Scottish architect and Holy Land explorer Joseph John Scoles rose to read his paper “On the Topography and Antiquities of the City of Jerusalem”, the walls did not come toppling down – yet. Soon enough, however, his refutation of architect and biblical archeologist James Fergusson’s thesis that the Dome of the Rock was the original Church of the Holy Sepulchre would become so contentious that settling the dispute, one way or the other, is said to have finally led to nothing less than the establishment of the Palestine Exploration Fund. But this meeting, though the precursor of that bitter feud – pitting, ultimately, the great Charles Warren against Fergusson - was positively lighthearted: “In the course of it,” The Civil Engineers and Architects Journal reported, “the writer [Mr. Scoles] alluded to Mr. Fergusson’s published theory as to the Mosque of Omar and the Church of the Holy Sepulchre, and that gentleman being present, an interesting discussion ensued. Mr. David Roberts, R.A. (some of whose capital sketches were amongst the illustrations of the paper), joined in questioning Mr. Fergusson, who stood gallantly and good-naturedly a cross-fire of objections.” Here Roberts writes to Scoles, three days before the meeting, to set the stage for their happy collaboration:

I send you all the Large Sketches I have here of the Holy City. You will perceive they are made more for accuracy of details than for artistic effect . You will find that of the Golden Gate behind the tree in the Valley of Hinnom. I trust they may be with your own of some use. I will have the pleasure of being present on Monday. 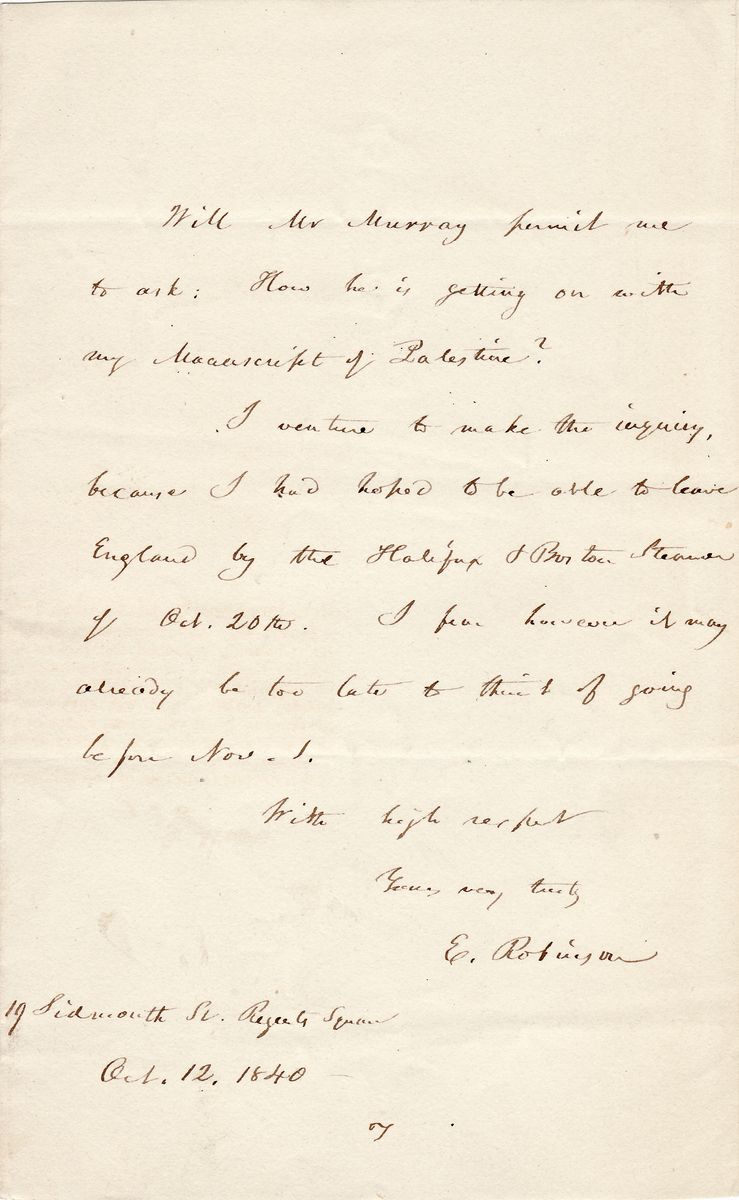 Mark Twain and the Holy Land

Dear Scoles/ I send you all the Large Sketches I have here of the Holy City, you will perceive they are made more for acuracy [sic] of detail than for artistic effect .

You will find that of the Golden Gate behind the Tree in the Valley of Hinnom.

ever Very faithfully
yours DAVID ROBERTS

General Charles "Chinese" Gordon Reveals He is Going to Palestine 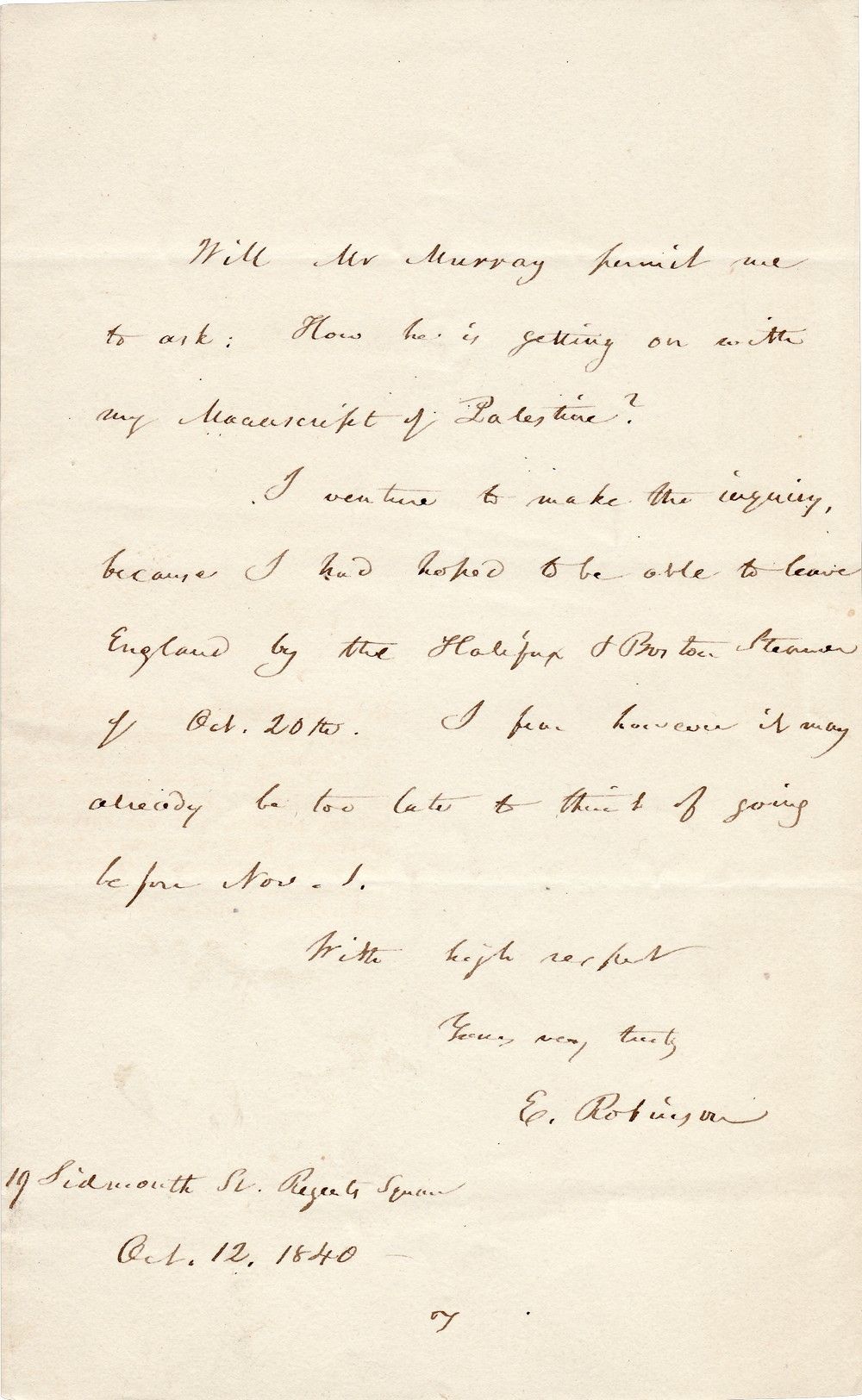 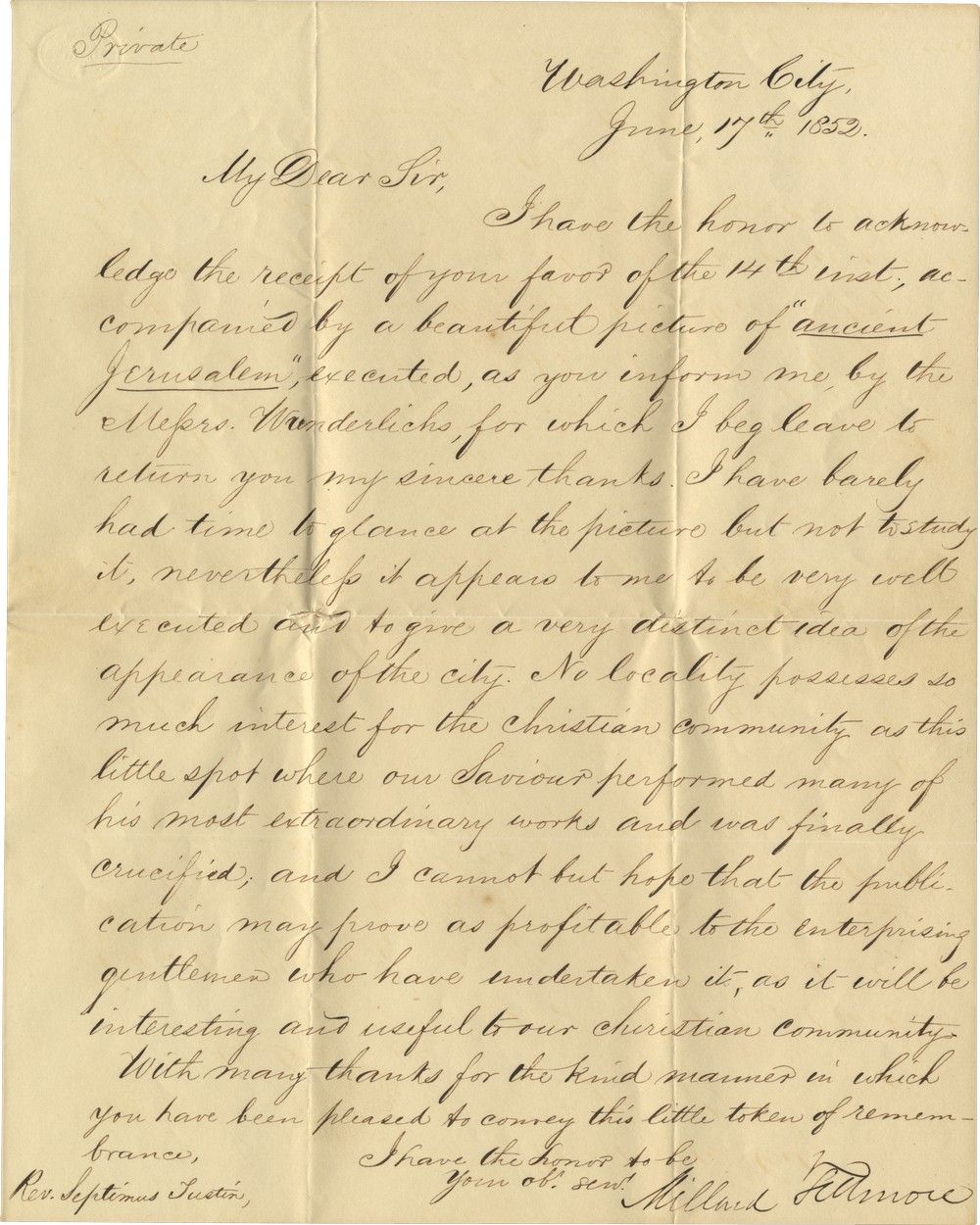 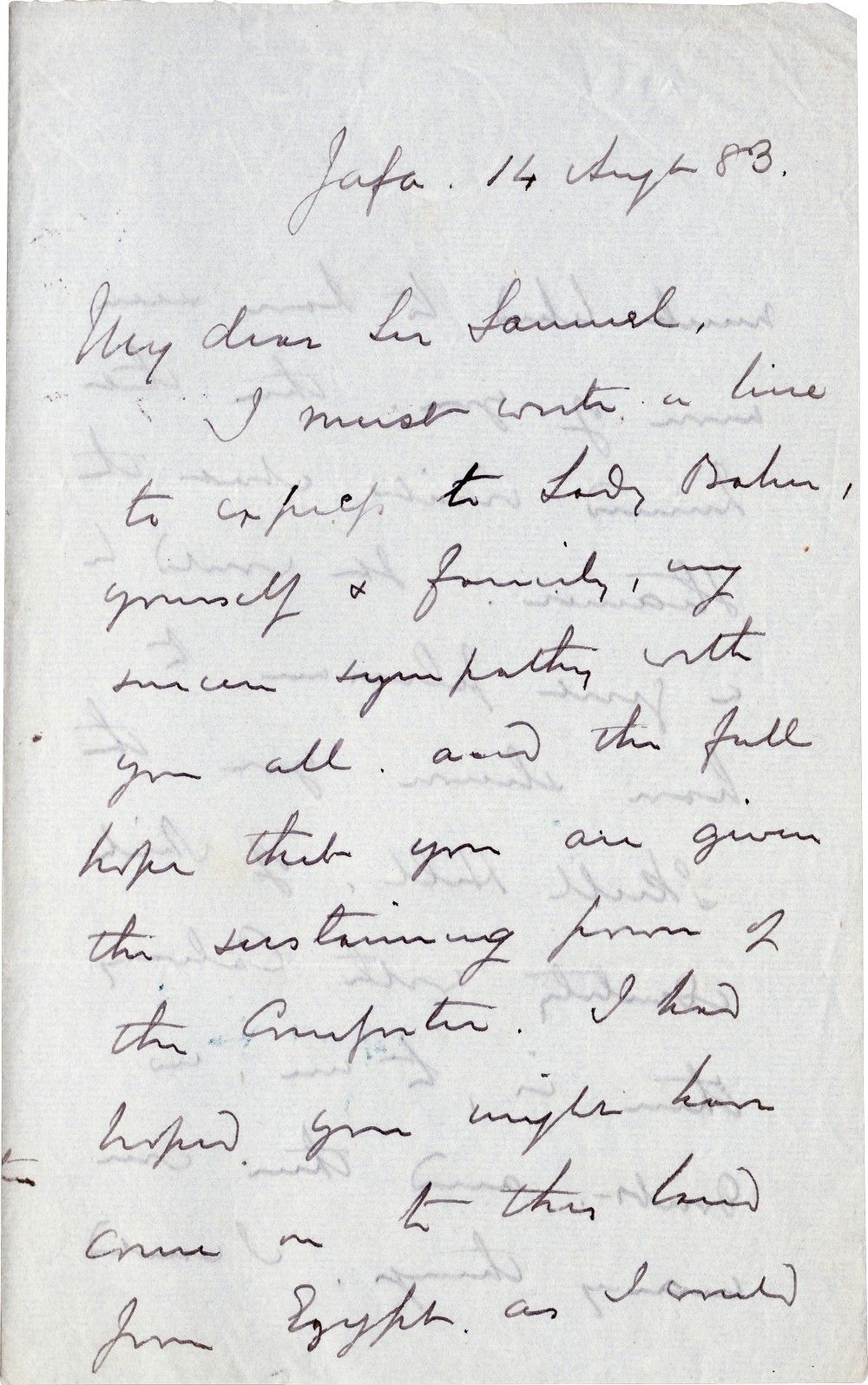 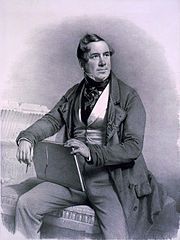 David Roberts (1796-1864) was a Scottish Orientalist painter most famous for his lithograph prints of the Holy Land. Prior to this, he had a successful career as a scene-painter and set designer. Roberts was groundbreaking in that he was the first artist to travel to the Holy Land without a patron, not under the auspices of a military expedition, nor with the affiliation of a missionary group. His eleven-month journey began in May 1838 at the port of Alexandria, taking him up and down the Nile and across deserts to reach Jerusalem on Easter of 1839. Roberts’s drawings, watercolors, and oil paintings were made into lithographs and published by subscription and eventually in the three-volume The Holy Land, Syria, Idumea, Arabia, Egypt, and Nubia. Roberts’s book was the largest lithographic undertaking, and one of the most expensive publications of the nineteenth century.  He was elected as a Royal Academician in 1841 and died suddenly of a stroke in 1864, having just turned sixty-eight.