Responding to the dire reports, brought to America by such messengers as Rabbi Jechiel Cohen of Hebron and Warder Cresson, of the suffering of the Jews in the Holy Land, here Mordecai Manuel Noah, on behalf of the Portuguese Congregation in New York City, declares that
In case any of the Hebrew Congregations shall appropriate an annual sum for the relief of our brethren in Jerusalem & they are desirous of transmitting the sum to me I am willing to receive and send the same in the most safe and certain manner to the Holy Land for their use & benefit
Directly below this statement, Rabbi Leeser, by proxy, endorses the notion of an annual appropriation to relieve the Jewish poor in Palestine and - if not opposing Noah as conduit - proposes acting “in concert with other gentlemen,” the Rabbis Joseph Schwartz and Zadok Levy. These worthies, he would spell out in the October 1849 issue of The Occident, had his full confidence:

… We had the pleasure of becoming personally acquainted with Rabbi Joseph Schwartz, a native of Floss, in Bavaria, but for near twenty years a resident of Jerusalem. He has been sent hither in company with Rabbi Zadok Levy, to make an appeal to the Israelites of this country, to do something active for those who still linger in the land of their fathers; and to obviate, by a regular contribution, the necessity of sending out in future messengers, the expense of, which procedure is, as we have already stated, onerous in the extreme. Besides, communication by steam-packets has made every country easily accessible, and commercial connexions have now been formed all over the world, so that remittance can be made promptly from here to Palestine, in a manner formerly impossible.

This document, suggesting two different ways to achieve the same goal, was typical of the relationship between Noah and Leeser – though in this case, it may be that Noah was merely collecting for New York, and Leeser, for Philadelphia… Yet nowhere was the tendency for Noah and Leeser to disagree more pronounced than on the issue of the restoration of the Jews to the Holy Land. Noah, for instance, would work with Zionist Christian missionaries; Leeser would not. Noah wanted a grand-scale diplomatic solution to the problem of international anti-Semitism before, he envisioned, a mass exodus of Jews to the Holy Land; Leeser simply wanted Jews to settle in Palestine, as soon as possible. Noah, ultimately, was a political visionary; Leeser a practical realist – which might explain, perhaps, Leeser’s suggestion here that money to relieve the poor be sent, at least from Philadelphia, through the established channels of Rabbis Schwarz and Levy.
Autograph Document Signed (“M.M. Noah”), 1 page, quarto, Philadelphia, August 21, 1849; with a secretarial amendment signed “Isaac Leeser” by Louis Bomeisler of Mikveh Israel dated August 2, 5609, the proxy signature being attested and signed by Bomeisler, August 29, 5609.
Read More 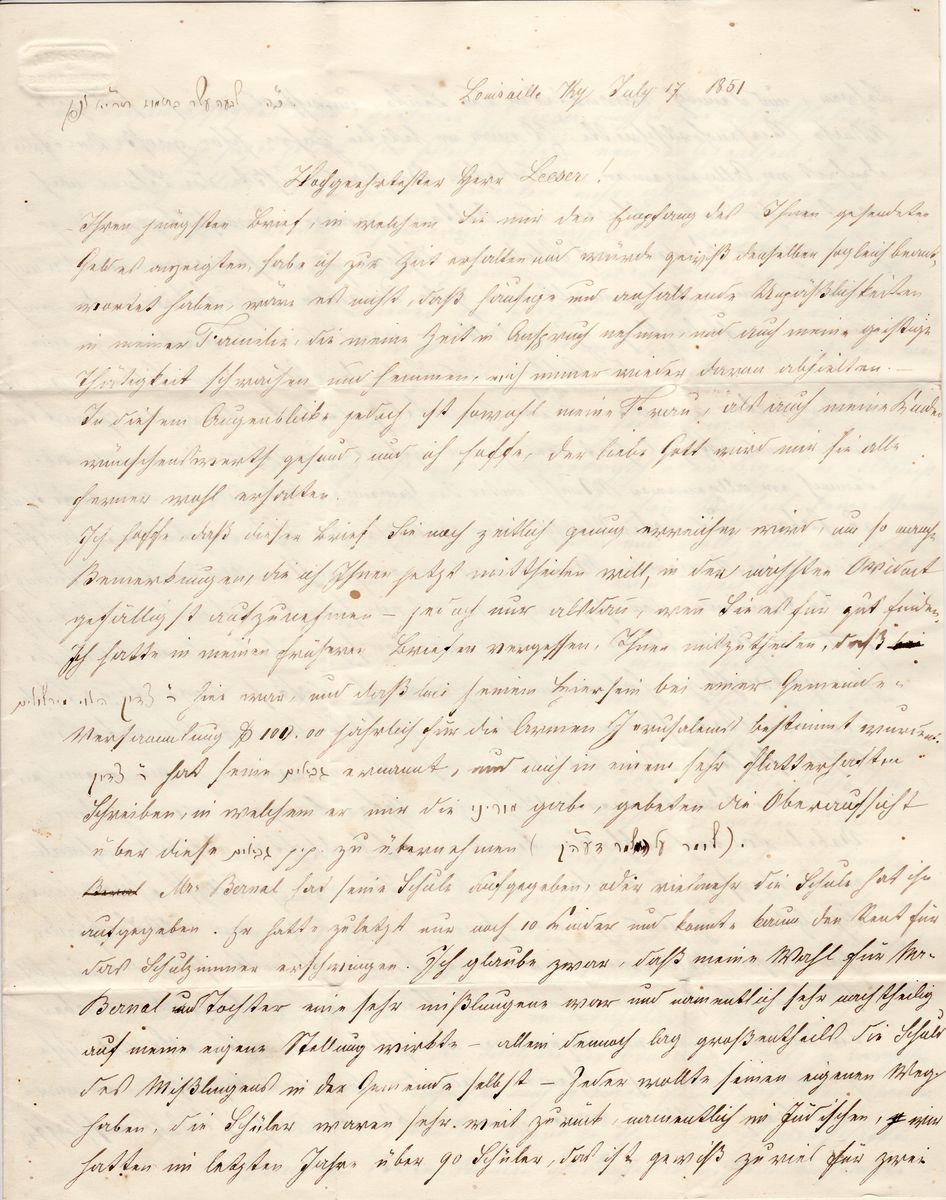 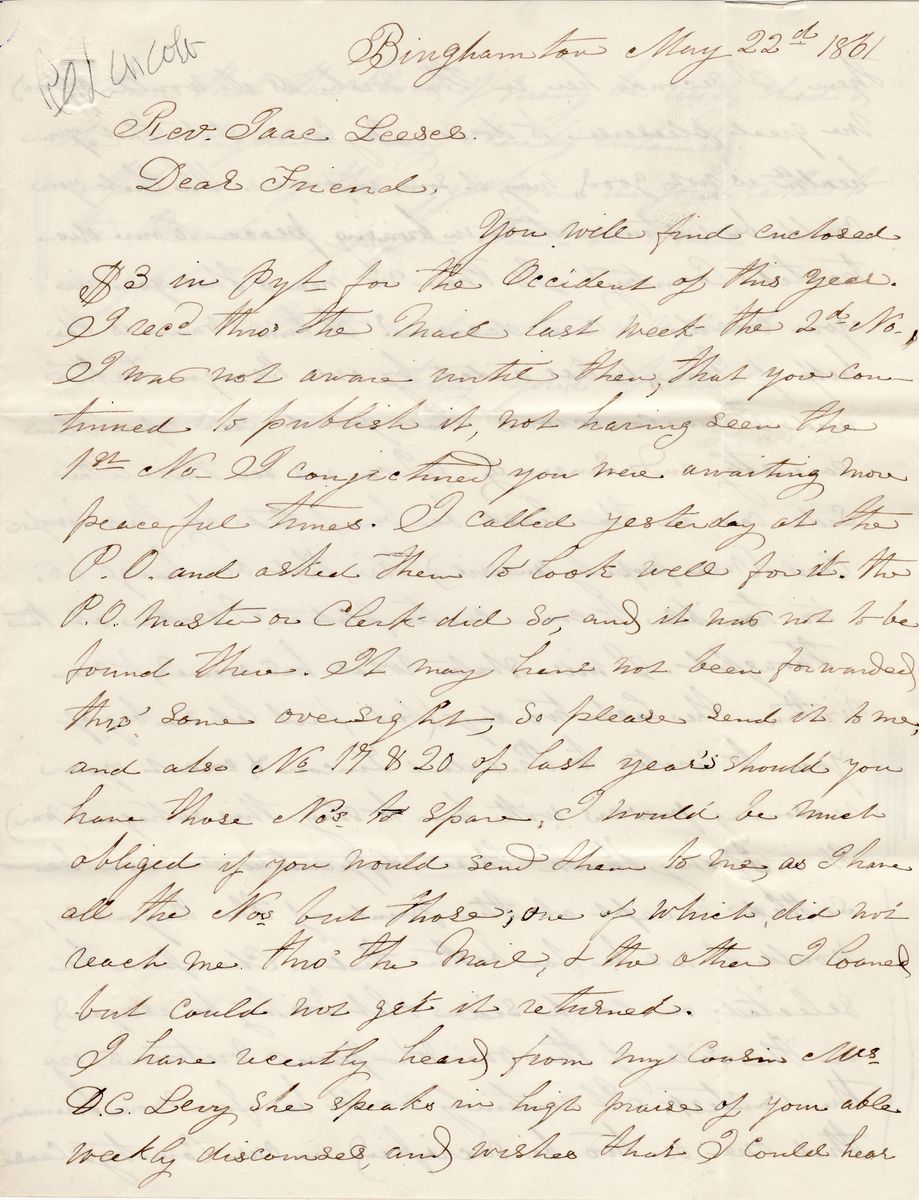 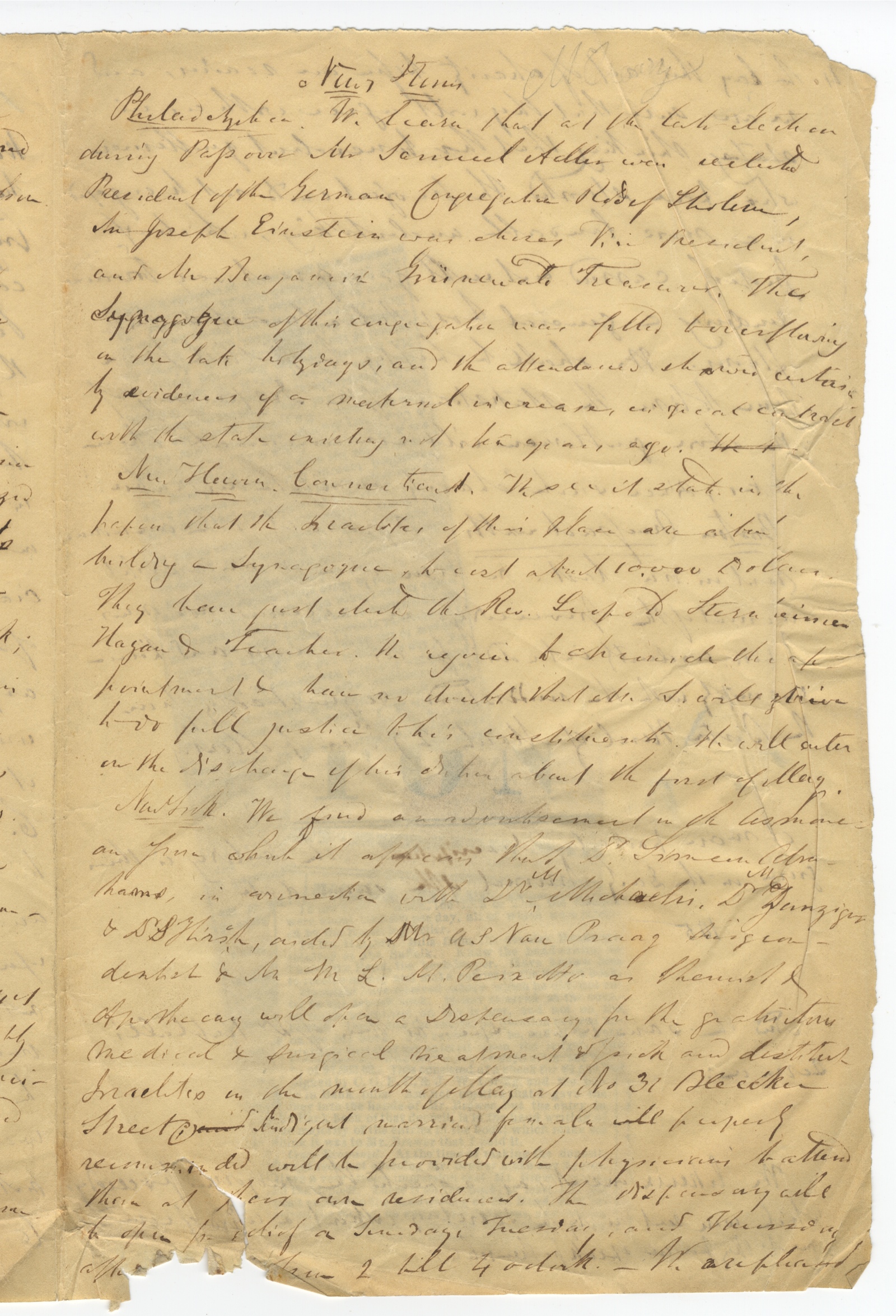 Feeling fully convinced that the plan of annual collection is the best feasible method under present circumstances to aid the poor of Palestine, I am willing to act in concert with other gentlemen named by Rabbis Joseph Schwartz and Zadok Levy

The undersigned also is willing to act as one of a committee of relief for the above ......

Louis Bomeisler
for I Leeser 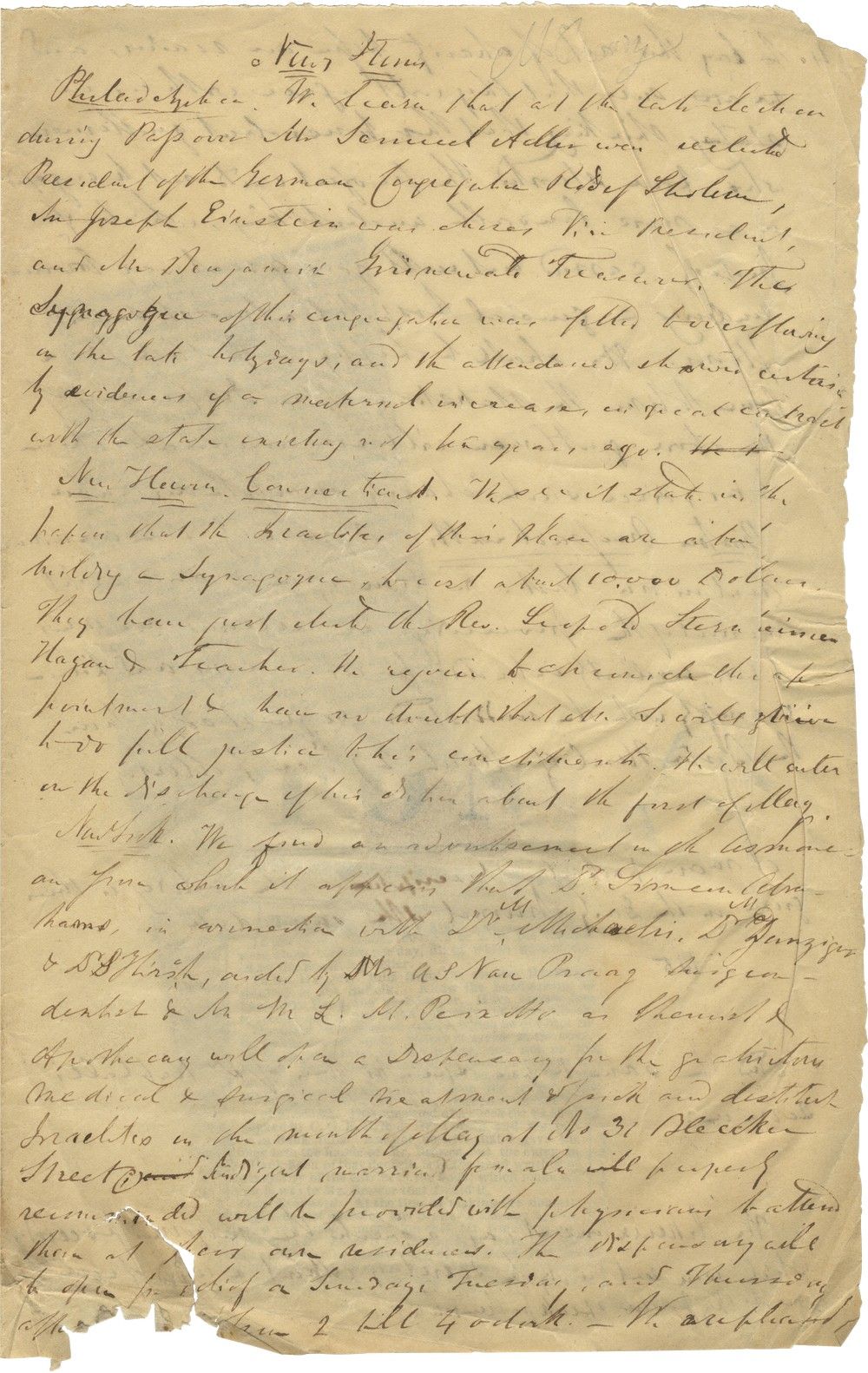 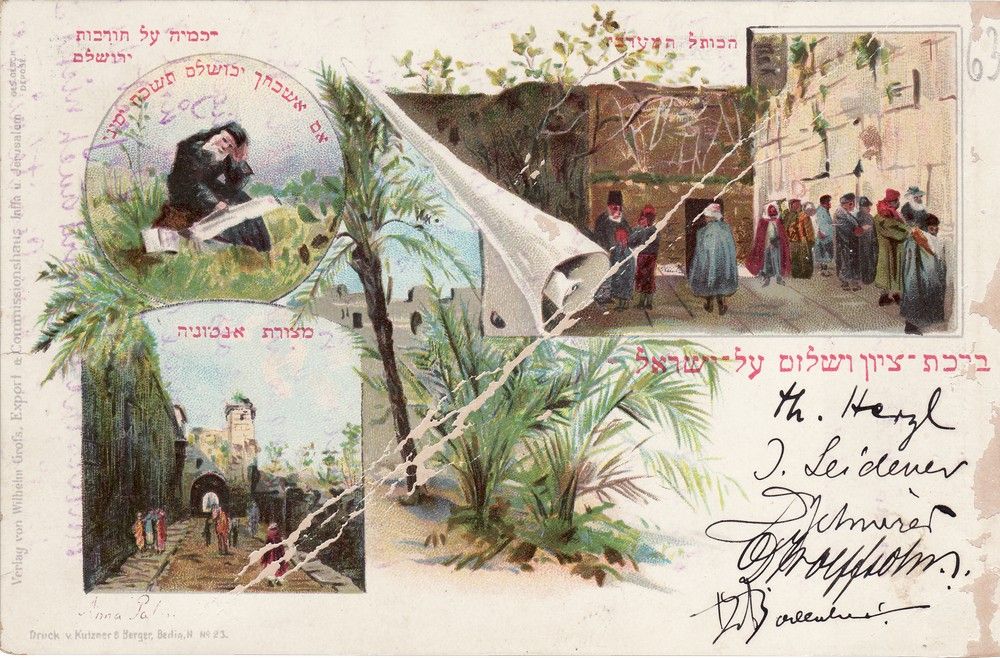