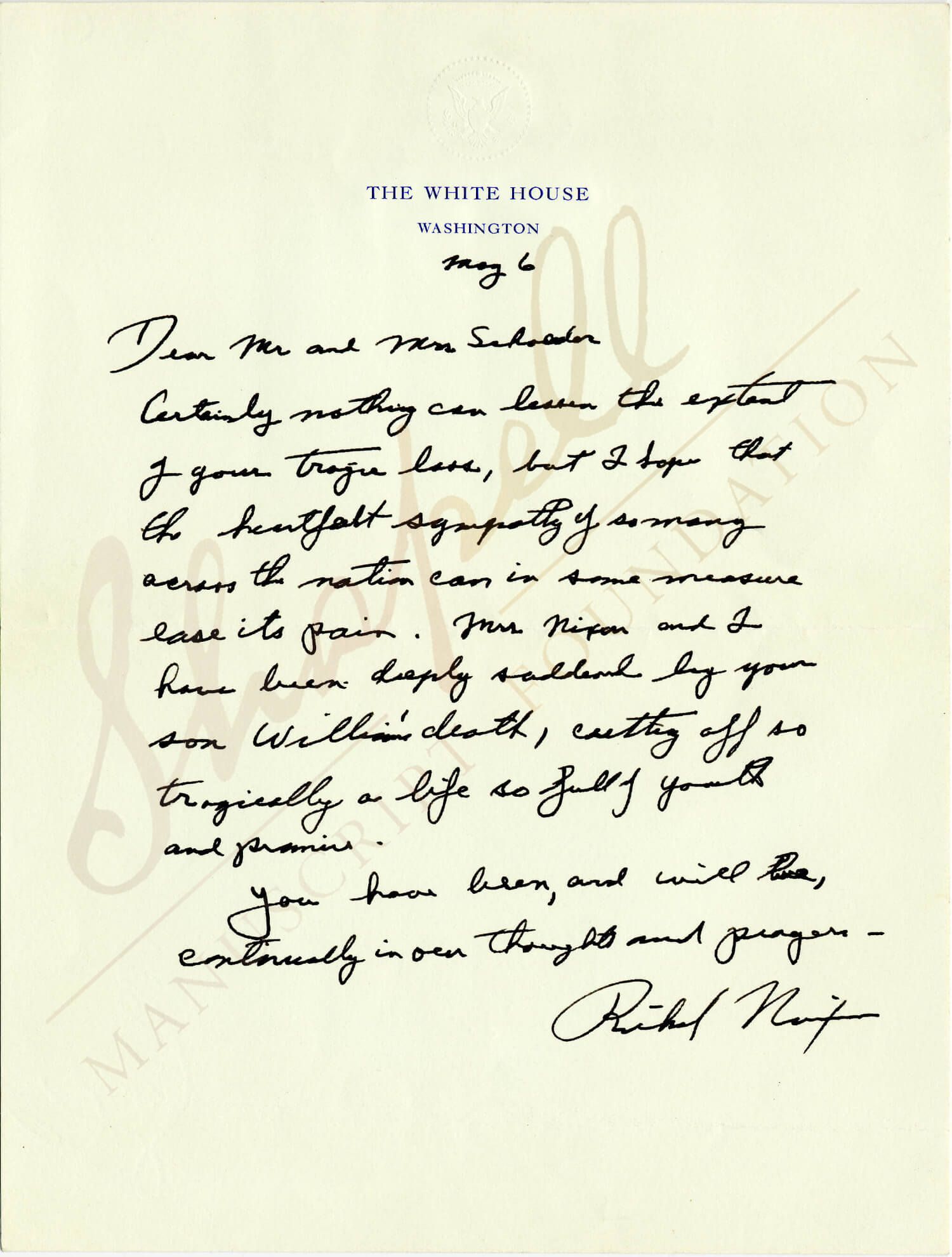 Nineteen-year-old William Schroeder died shot in the back, with a textbook in his hand, on his way from one Kent State University class to the next. He had stopped for a moment to observe the peaceful student demonstration against the expansion of the profoundly divisive Vietnam War into Cambodia; but the moment was at 12:24 p.m. on May 4th, just as several Ohio National Guardsmen, dropped to their knees and fired off sixty-seven shots in thirteen seconds. Schroeder was almost four hundred feet away and apparently fleeing when struck down.

President Nixon, publicly, referred to the Kent State University protesters as “bums.” He never, in public, offered a word of sympathy for Kent State’s dead and wounded. This rare autograph letter, in private, was the best – or the only thing, he felt - he could do.

Nixon, perhaps, wrote those last lines thinking of other young men cut down in all their youth and promise: his two beloved brothers – one younger, one older – and much later, the assassinations of John F. and Robert F. Kennedy which, many believe, paved the way for his march to the presidency.
Excessively Rare Nixon Autograph Letter to the Parents of Student Killed at Kent State Anti-War Demonstration. Autograph Letter Signed, as President, 1 page, quarto, The White House, Washington, May 6. [Three of four letters postmarked May 8, 1970.] To Mr. and Mrs. William K. Schroeder, Sr., in Lorain, Ohio. With a typewritten transmittal envelope. 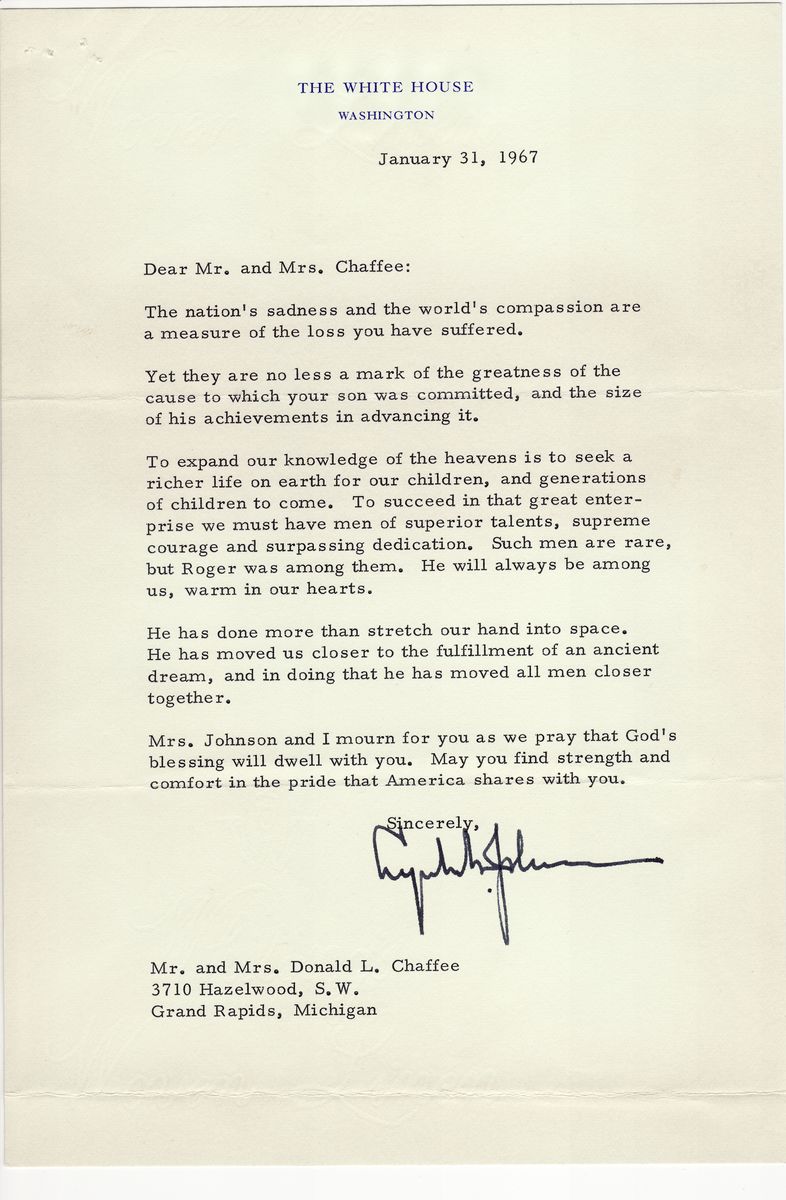 The 50th Anniversary of the Shootings at Kent State

Certainly nothing can lesson the extent
of your tragic loss, but I hope that
the heartfelt sympathy of so many
across the nation can in some measure
ease its pain. Mrs Nixon and I
have been deeply saddened by your
son William's death, cutting off so
tragically a life so full of youth
and promise.

You have been, and will be,
emotionally in our thoughts and prayers -- 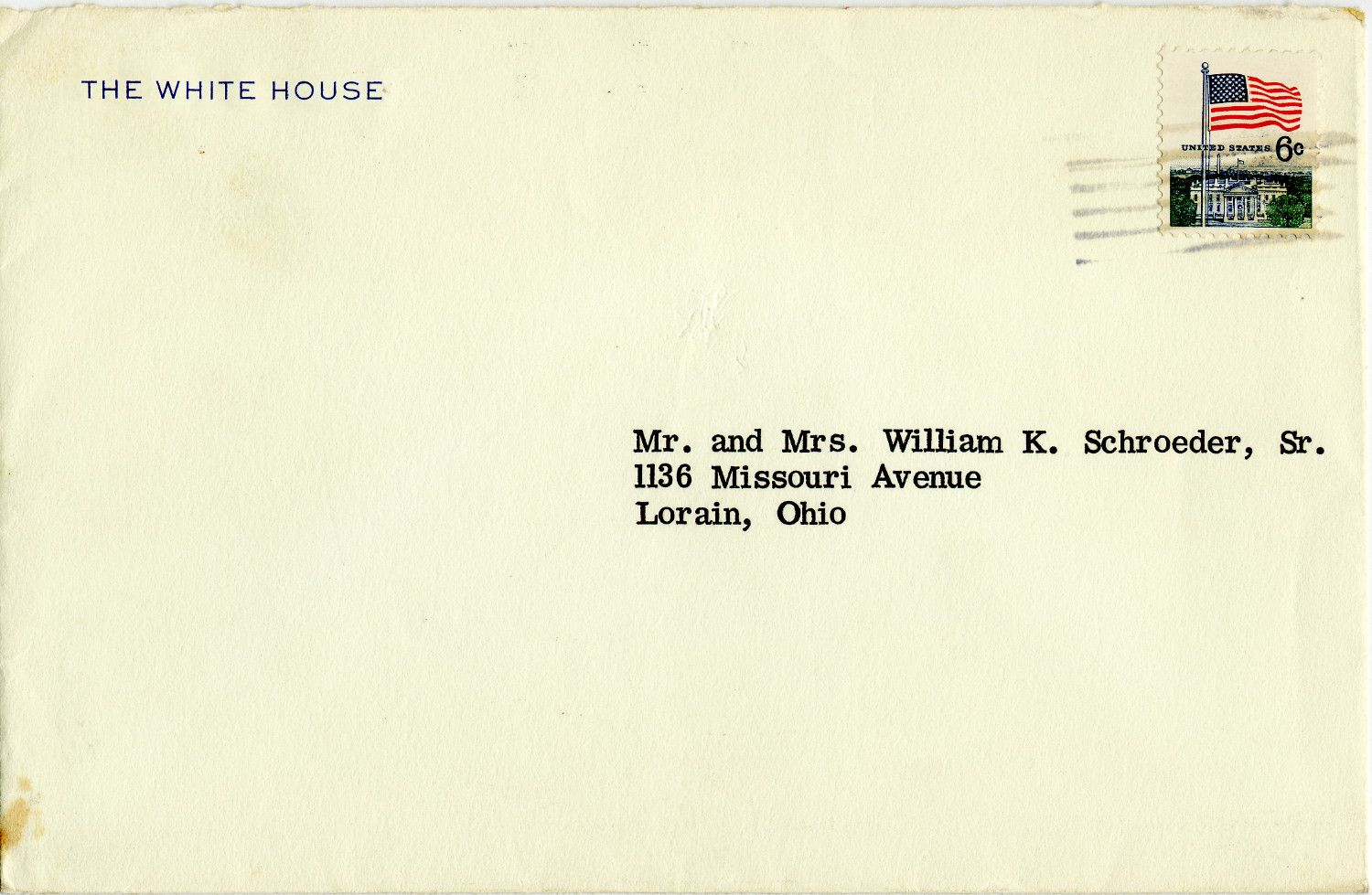 General Charles "Chinese" Gordon Reveals He is Going to Palestine