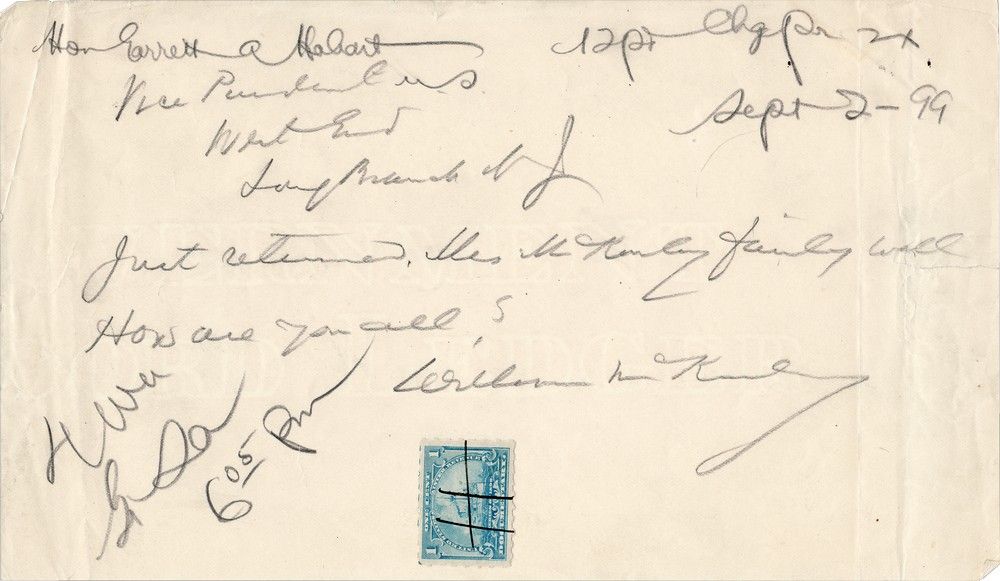 Vice President Hobart, having suffered a heart attack in spring 1899, had gone to his seaside home in Long Branch, New Jersey, to recuperate, and the McKinleys – close friends of the Hobarts - went to visit him at the end of August. Returning home to Washington, McKinley sent this solicitous wire to his gravely-ill friend: “Just returned. Mrs. McKinley fairly well. How are you all?” Hobart lasted eleven more weeks before dying, and Mrs. McKinley, also an invalid, another seven years.
Autograph Telegram Signed, as President, in pencil, 1 page, oblong octavo, no place [Washington, D.C.], September 2, 1899. To Vice President Garret A. Hobart in Long Branch, New Jersey. An 1898 series documentary one cent stamp affixed, and cancelled.
Read More

Just returned. Mrs. McKinley fairly well. How are you all? 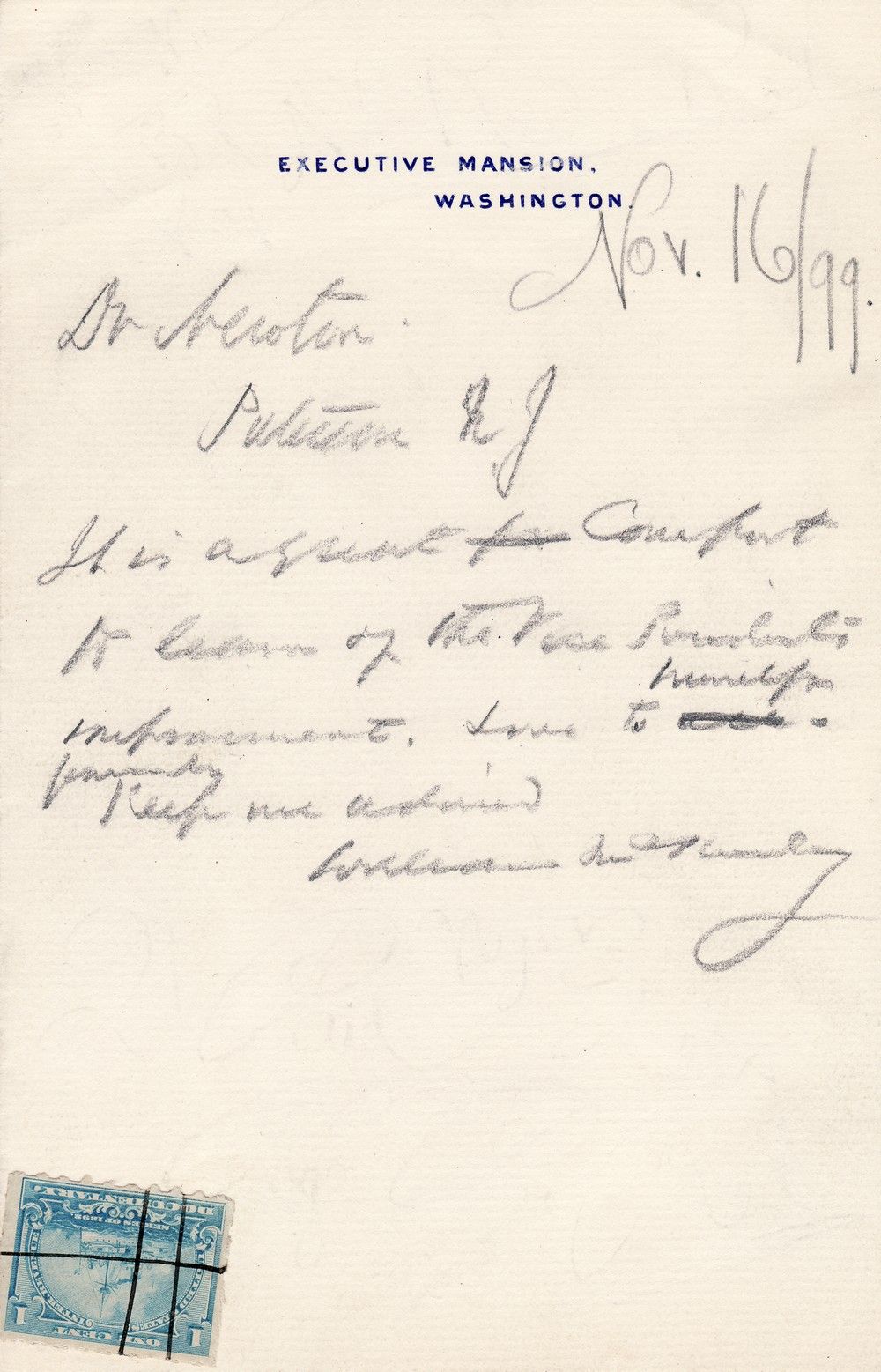 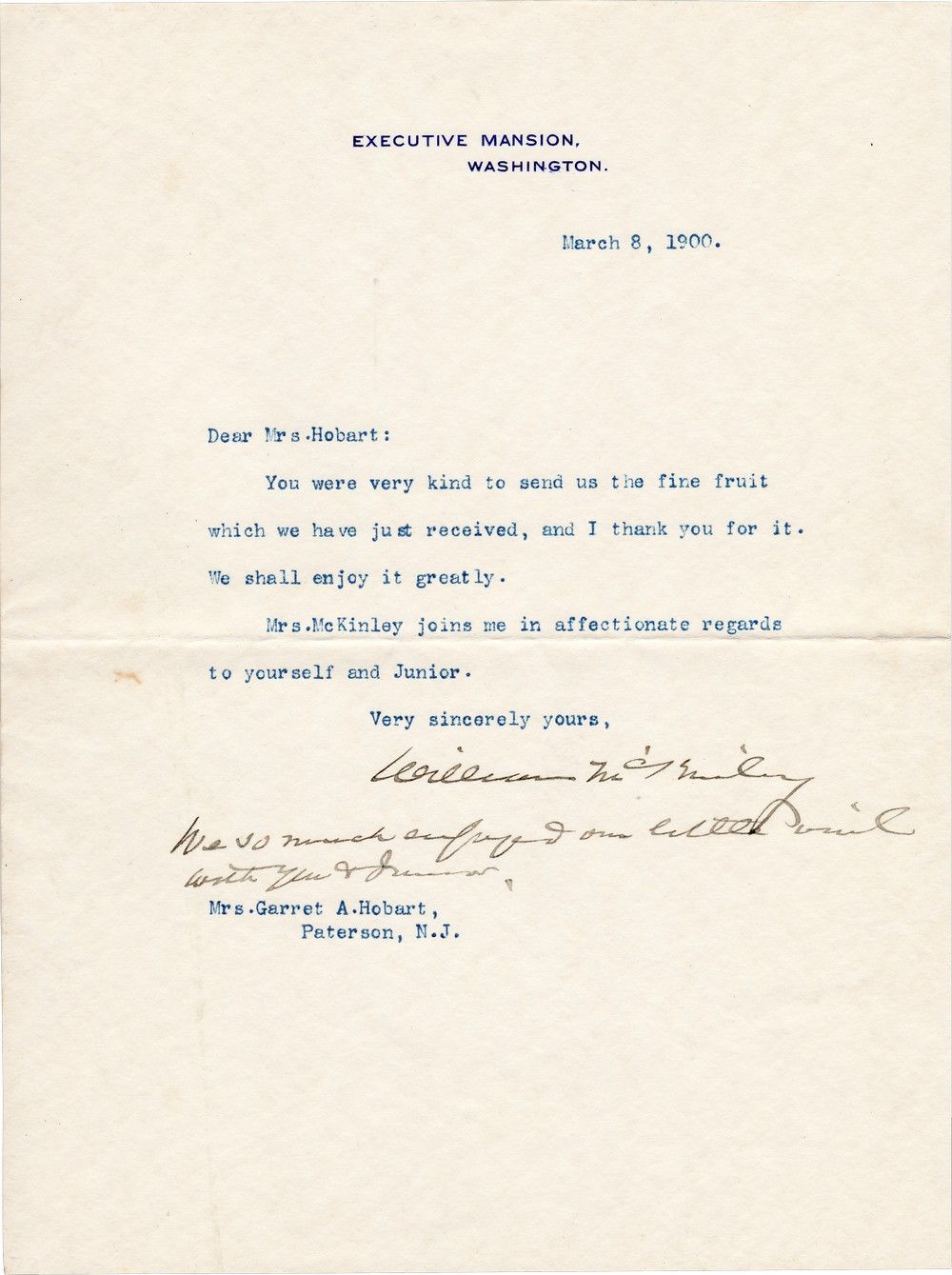 President William McKinley Writes to the Widow of His Vice President and Dear Friend, Mrs. Hobart 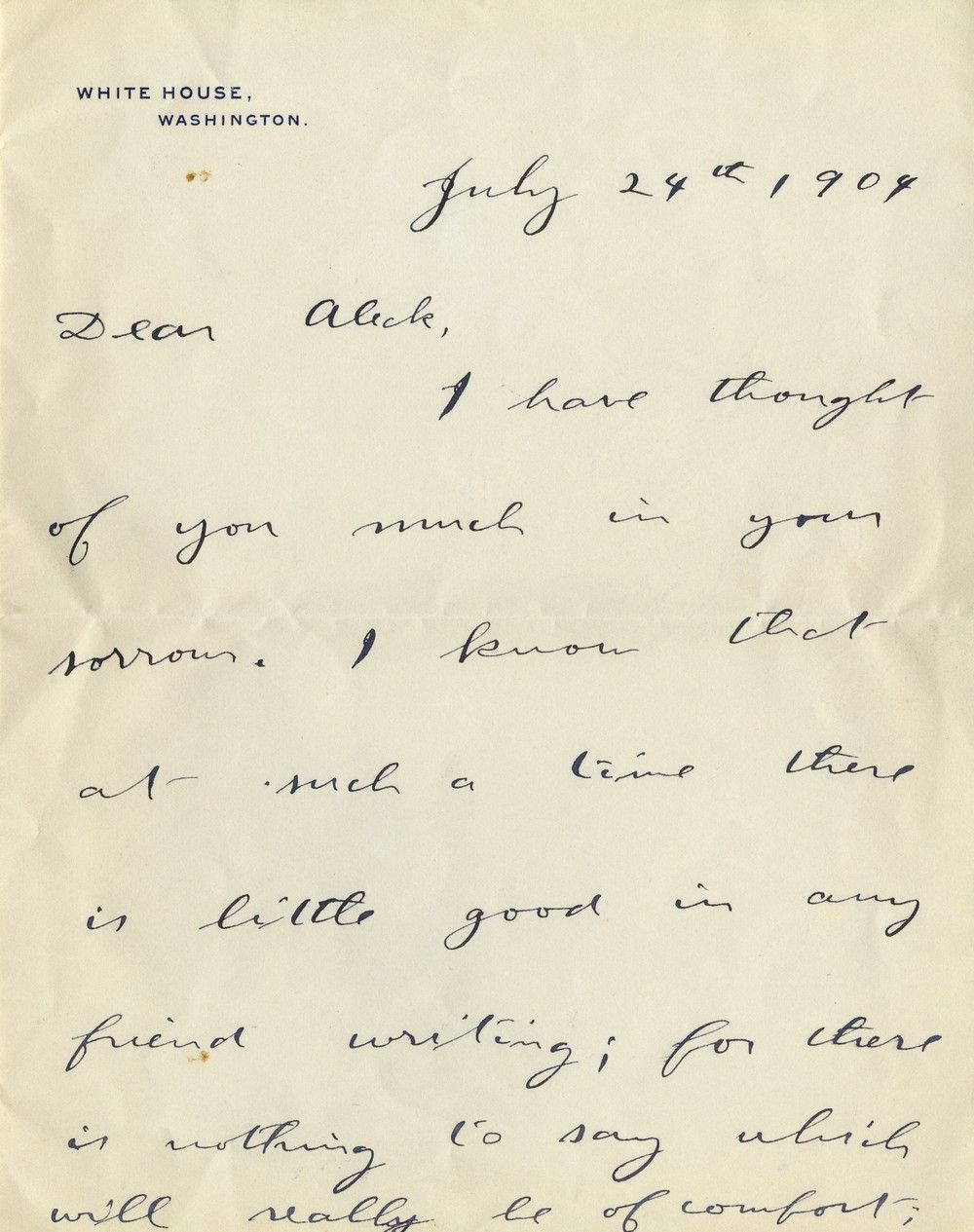 Theodore Roosevelt: a Condolence Letter on the Death of a Friend's Father